McCormick's View: The good (and bad) about electric cars you can't avoid 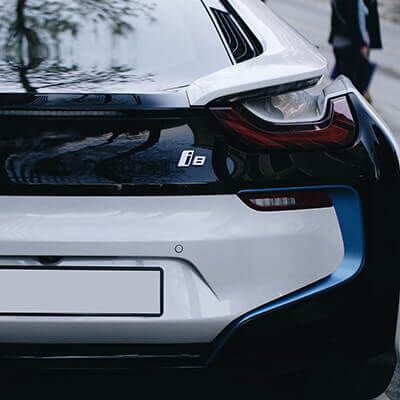 The recent government announcement that the sale of new petrol and diesel cars and vans would end in 2040 felt inevitable but carried enough shock value to grab plenty of headlines.

In short: we're all going electric. And that's that.

After all, the new was - most of all - a statement of how the government would like to shape the future of vehicles and be seen to be doing what is right for our future and our carbon footprint following the French in their earlier move.

There's good news, and a touch of bad news, for every motorist; from the Sunday drivers to the petrolheads and everyone in between.

I've been selling used cars in Belfast to repeat customers for more years than I'd care to admit and have been taking a closer look.

So let's unpack the news and what it means for us all.

Think back on the range of electric vehicles which are available to buy over the last number of years - Tesla, Lexus and of course the BMW i8.

Think of any manufacturer and immediately there's at least one model which comes to mind as being fully electric or hybrid at worst. As an independent used car sales specialist, we only learn as the vehicles start to come through the used market but I can remember the likes of the Nissan Leaf, Renault Wind, Toyota Prius having being launched some time ago.

So, electric vehicles are not only far from new, but the technology is also tried and tested. We will be seeing more and more electric and hybrid vehicles making their way onto our Belfast forecourt.

Meanwhile, appreciation of the best of our (in particular) petrol cars will rise, as will their values, and the quality of those surviving in the market slowly improve.

While the likes of the iconic Golf GTi followed the trend and demand by being replicated by the GTD and now a GTE, those who appreciate a great car will be spoilt for choice and will have plenty of time to buy into their favourite before prices rise.

Oh, and the Tesla S costs in the region of £60k new whereas the M5, in comparison, is £80k and covers 0-60mph in 3.5 secs. In normal circumstances the BMW would have held more value at 3-5 years old, putting the Tesla in reach of the budgets of the average car buyer but given the latest news. It will be interesting to see how that works out for the used buyer.

Take for example 3-5 years ago when a VW Golf diesel and petrol sat side by side. The petrol Golf is £115 per year to tax, needs serviced once a year and runs at say 35mpg, but the diesel equivalent is £30 per year, needs serviced every two years and runs at 50mpg. Which one do you think the consumer will want to buy?

Let's take a second to think about a possible downside: the ""taxman' will find ways to direct us down the road car-wise the government wants us to follow - for example, the push from petrol to diesel and back again! - but will always find a way to make up the numbers elsewhere.

With fuel duty at the pumps due to dwindle away over the next 20 years, ways will be found to either profit or find more tax from the cost of charging an electric vehicle. Probably both. So, we're all looking at greater choice on the forecourt - including the used car choice held here at Auto Q - plus the chance to enjoy more and more new high-performance electric vehicles. Meanwhile, the very best of the non-electric cars won't be going away any decade soon.

We're all going electric. And that's that. As car-lovers who understand what that means for all our different types of customer, we'll welcome the change with you.

Search for a vehicle

We use cookies to help our site function correctly and to understand how it is used. By clicking "I understand", you agree to us doing so. You can find out more about cookies and how to manage them in our Cookie Policy.